Mother’s Day History dates back to the era of ancient Greeks and Romans.

Ancient Greeks celebrated a spring festival dedicated to to maternal goddesses Rhea, wife of Cronus and the mother of many deities of Greek mythology. Ancient Romans celebrated a spring festival dedicated to Cybele, a mother goddess. The ceremonies honoring Cybele began around 250 years B.C. The celebration lasted for three days and included parades, games and masquerades.

During the 17th century, Christians living on the British isles initiated a celebration of motherhood, called Mothering Sunday, which was held on the forth Sunday during of Lent. This holiday featured the reunification of mothers and their children, separated when working class families had to send off their young children to be employed as house servants. On Mothering Sunday, the child servants were allowed to return home for the day to visit with their parents.

Custom of celebrating Mothering Sunday died out almost completely by the 19th century. However, after World War II, the Mother’s Day History has continued in the US.

In 1858, Anna Reeves Jarvis was the first woman to hold an official celebration of mothers, when in her home state of West Virginia, she instituted Mothers’ Work Day to raise awareness about local sanitation issues.

In 1872, Julia Ward Howe, author of the “Battle Hymn of the Republic,” suggested and promoted a Mother’s Day for Peace, to be held on June 2, which was celebrated the following year by women in 18 cities across America. Her idea spread but was later replaced by the Mother’s Day holiday now celebrated in May.

In 1905, Anna Reeves Jarvis passed away and her daughter, Anna Jarvis, who is recognized as the Founder of Mother’s Day in the US, continued her mother’s work. Anna swore on her mother’s gravesite that she would realize her lifelong dream of creating a national day to honor mothers. In 1907, Anna launched her campaign by handing out white carnations to congregants at her mother’s church in Grafton, West Virginia. In 1908, her mother’s church acquiesced to Anna’s request to hold a special Sunday service in honor of mothers – a tradition that spread the very next year to churches in 46 states. In 1909, Anna left her job and dedicated herself to a full-time letter-writing campaign, imploring politicians, clergymen and civic leaders to institute a national day for mothers. The hard work paid off. By 1911, Mother’s Day was celebrated in almost every state in the Union, and on May 8, 1914 President Woodrow Wilson signed a Joint Resolution designating the second Sunday in May as Mother’s Day.

Today Mothers Day is celebrated in many countries including the US, UK, India, Denmark, Finland, Italy, Turkey, Australia, Mexico, Canada, China, Japan and Belgium. People take the day as an opportunity to pay tribute to their mothers and thank them for giving life! Traditionally, flowers, cards, candies and others gifts are given to mothers on the Mother’s Day. Florists, card manufacturers and gift sellers significantly profit from the sales proceeds on the Mother’s day.

Looking for the quality private Singing Lessons in Los Angeles?

Read reviews about Music Teacher LA and connect with us 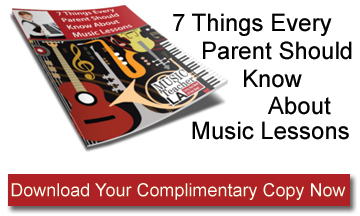